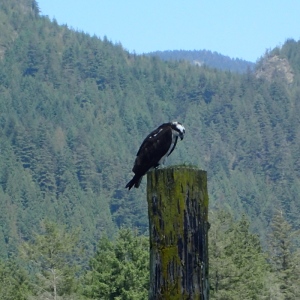 With a “long weekend” running from Wednesday to Friday, I wanted a trip that maximized paddling and camping time and minimized driving time. And it had been several years since I’d paddled nearby Pitt Lake. So less than an hour after leaving home, I was unloading the kayak and gear at Grant Narrows Regional Park. As I packed the ‘yak, I was surrounded by vast flocks of bird watchers. I recognized at least two common species: the Full-Breasted Matron and the Pale-Legged Lesser Warbler, identifiable by its Tilley head plumage and its distinctive call: “Shirley, where’s the sunscreen? Where’s the sunscreen?” END_OF_DOCUMENT_TOKEN_TO_BE_REPLACED